The video game craze began with the production of the first popular home consoles, like the Atari 2600, Commodore 64, Nintendo Entertainment System, and others. Today, we have Playstation, Wii, Xbox, and a bunch of games that can be installed on our PCs. The world of video gaming has gotten much bigger in the last few decades, as game companies are now spending millions of dollars on creating this type of entertainment, ranging from most expected popular video game franchises to online casino games and their bonuses (those interested in an example can check it here). Considering how influential video games have become, many authors took upon a task to write books about them. Without further ado, here are some of the most popular books every gamer should read.

Game Over by David Sheff 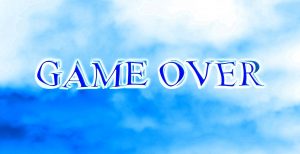 Instead of praising the video gaming industry, Game Over focuses on the question: “How Nintendo zapped an American industry, captured your dollars, and enslaved your children?” At the time the book was published in 1993, Nintendo was the leading player in the world of video games with the release of SNES, the most advanced console at the time. The book focuses on the rise of this company and the fact that children are compulsively playing these games, being glued to the their television sets for hours.

While Playstation and Xbox are nowadays trying to establish themselves as the companies with the best gaming console in the world, Nintendo and SEGA were once in the same position. The book Console Wars explores the history of these two companies and their battle to win gamers’ hearts in the middle of the video game craze in the ‘90s. The book also features extensive interviews with people that were at the heart of these events.

A 2005 book called Power-Up talks about the impact that Japan’s video gaming industry had on the world. The author claims that the games and consoles originating from Japan had much more influence on American video games than people would think. There are also interviews with famous people from the industry, including the interview with Shigeru Miyamoto, one of the leading Nintendo game designers throughout the history of this company.

Masters of Doom by David Kushner 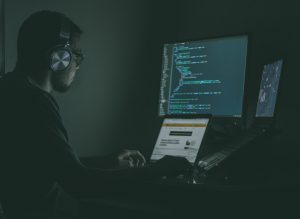 Nowadays, 3D games are  not perceived as something special, as you can make one with cheap and simple-to-use software. However, this wasn’t always the case. During the early ‘90s, two guys decided to start their own company called id Software. At the time, they were unaware that their creations were going to revolutionize the way video games would look like. Namely, “two Johns”, John Carmack and John Romero, were behind one of the first 3D shooter games in the world, Wolfenstein 3D (1992) and Doom (1993). The author of Masters of Doom talks about the life of these two Johns and their path to creating some of the most influential games of all time.

Some other notable mentions that didn’t make it on this list include The Legend of Zelda: Hyrule Historia, Reality is Broken, and Blood, Sweat, and Pixels. We hope that you’ll find some of these books and immerse yourself in the world of the popular video games.

Publishing a book is significantly easier nowadays compared to a time when ebook platforms were not available. However, if you wish to have a well-established publisher behind your name, then it’s still just as tricky as it used to be. Even publishing a book that’s not well received in the end is hard, let alone […]

Get Yourself Out of a Reading Slump With These Tips

Regardless of how much you love doing something, there will always come a period when you simply don’t have the energy or will to do it. In the world of reading, this is known as a reading slump. The duration of a reading slump can vary from a couple of days to even a few […]

English is one of the most widespread languages in the world. It should come as no surprise that nowadays the majority of books is written, printed, or translated into English. However, many great books were created by people that didn’t speak English and had to write in their own language. So, if you’re interested in […]