Novels are a great instrument for tickling your mind during leisure time. While novels serve mostly for pleasure, they can have a far larger impact than you might imagine. Some books changed history, shaped national identities, and sparked social changes across the globe. Here, we will be looking at four of the most significant novels that changed our world. We will try not to include too many spoilers and only talk about the plot in general. Enjoy!

The Grapes of Wrath (John Steinbeck)

There is no better American realist novel that speaks about the Great Depression than John Steinbeck’s The Grapes of Wrath. It’s a story about a poor family from Oklahoma that is on its way to California in pursuit of work and dignity.

This book is one of the most iconic American novels and is often included in schools and college programs. Steinbeck won the Pulitzer Prize for it, and it was one of the main reasons the writer won a Nobel Prize in Literature in 1962.

One of the most famous dystopian novels of the previous century is definitely 1984 by George Orwell. However, in our opinion, Aldous Huxley’s Brave New World is an equally important piece of dystopian literature that is often cited as one of the best English-language novels of all time.

It speaks about the futuristic “artificial” society shaped by the technological structures of modern social hierarchy. The story in this 1931 novel is a critical view of the naive post-war optimism and presents an eerie envision of our future.

All Quiet on the Western Front (Erich Maria Remarque)

What better way to learn about the horrors of war than by reading a novel written by an actual soldier. Erich Maria Remarque is a German war veteran who fought in the World War I. In All Quiet on the Western Front, Erich describes all the struggles of being a soldier on the frontier.

Obviously, this is an anti-war novel, so it was banned during the rule of Nazis in Germany. However, many copies survived World War II, and the book was translated in over 20 different languages, including English. 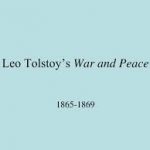 By the words of the author himself, War and Peace is more of a “historical chronicle” than a novel. It speaks of times during the French invasion of Russia in the early 19th century and the life of Russian aristocratic families. War and Peace is one of the most captivating historical war pieces and is widely accepted as one of the greatest novels of all time.

Your opinion may differ from ours when it comes to this list. Nevertheless, you must admit that these are some of the most iconic novels that left a long-lasting impression on millions of people worldwide. If you haven’t read any of these books, we advise you to do so and see why they are such great pieces of literature that will never be forgotten.

Most Popular Books by Neil Gaiman

One of the most popular dark fantasy authors of today is without a doubt, Neil Gaiman. We have seen multiple movies, cartoons, and TV shows based on his books and graphic novels, and they all had a spectacular or at least a decent reception. In other words, if you haven’t had a chance to read […]

Books Written by Athletes that Sports Fans and Players Should Read

In order to advance we need to learn new things or new tricks, and quality books are full of useful insights. By documenting what we know and passing our lessons along to the new generation we help the society move forward. Furthermore, everyone enjoys the opportunity to learn from their role models. If  22Bet Bonus […]

English is one of the most widespread languages in the world. It should come as no surprise that nowadays the majority of books is written, printed, or translated into English. However, many great books were created by people that didn’t speak English and had to write in their own language. So, if you’re interested in […]